Daniela Petrova is a debut author whose book, Her Daughter’s Mother, released last month. I had the pleasure of interviewing Daniela for the blog, but first, here’s a bit about the book:

Lana Stone has never considered herself a stalker–until the night she impulsively follows a familiar face through the streets of New York’s Upper West Side. Her target? The “anonymous” egg donor she’d selected through an agency, the one who’s making motherhood poss 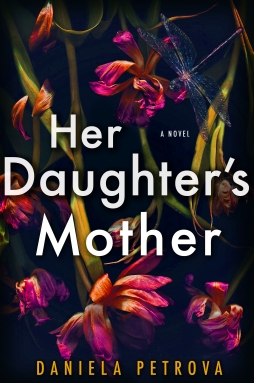 ible for her. Hungry to learn more about her, Lana plans only to watch her from a distance. But when circumstances bring them face-to-face, an unexpected friendship is born.

Katya, a student at Columbia, is the yin to Lana’s yang, an impulsive free spirit who lives life at the edge. And for pragmatic Lana, she’s a breath of fresh air and a welcome distraction from her painful breakup with her baby’s father. Then, just as suddenly as Katya entered Lana’s life, she disappears–and Lana might have been the last person to see her before she went missing. Determined to find out what became of the woman to whom she owes so much, Lana digs into Katya’s past, even as the police grow suspicious of her motives. But she’s unprepared for the secrets she unearths, and their power to change everything she thought she knew about those she loves best…

DF: Welcome, Daniela. Where did you get the idea for Her Daughter’s Mother?

DP: I struggled with infertility for nearly ten years. I was in the middle of an anonymous egg donor cycle and thought, What if I were to run into my donor? Of course, I would recognize her—I’d seen photos of her—but she wouldn’t know who I was. Would I be tempted to follow her? To learn more about her? The possibility seemed at once exciting and frightening. I knew her health and education history, her hobbies, the eye and hair color of her grandparents. But I had no idea what she was like. Did she laugh with abandon or shyly cover her mouth? Did she sing in the shower? Did she spend her free time at the gym or curled up on the couch with a book? Hungry to find out more about her, would I be tempted to follow her? I never ran into my donor. I didn’t even get pregnant but I liked the idea of a pregnant woman encountering her donor and stalking her, unable to suppress her curiosity.

DF: What made you become a writer?

DP: I started writing poems and short stories as a kid in Communist Bulgaria. I wrote my first poem because I had forgotten to prepare one for a Communist holiday. The night before, when I went to bed, I remembered I had to recite a poem in school. So I made one up. It was so much fun I kept doing it. I almost gave up on my dream to become a writer when I moved to the US, at the age of 22, barely speaking any English. But I took ESL classes at the YMCA and checked out books I’d already read in Bulgarian from the local public library so that I would learn the language. Before I knew it, I was writing again.

DF: Is Her Daughter’s Mother your first attempt at a novel?

DP: I have one completed novel that I couldn’t sell. And in retrospect, it’s pretty bad. But I don’t regret writing it because I learned so much. I see it as my dress rehearsal for the real thing.

DF: What are the most important things you learned from your writing classes that you found to be true in writing your novel?

DP: Come in late, leave early–I might have picked it up in a screenwriting class but I find it to be true in books. That rule helped me so much with the pace of my novel.
Don’t be the protagonist of your novel because you’ll never be able to put yourself through hell. It’s very hard to make yourself look bad or to create a multi-dimensional character if you’re writing about yourself.
Conflict, conflict, conflict—scenes and conversations without conflict can be dull and slow moving.

DF: How long did you work on this book? 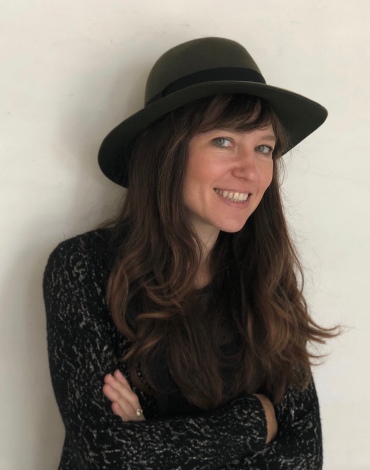 DP: I completed the first draft of the book in 2013. It was a very different story, told from a third person point of view unlike the current first-person narratives of Lana, Katya and Tyler. I knew the plot had a lot of problems but didn’t know how to fix it. I started revising but felt stuck, unable to make any progress. I was going through a hard time in my personal life, having just filed for a divorce, and decided to put the book down until I got back on my feet and sorted out my life. I picked it up again in the spring of 2015 and wrote four more drafts before finally going on submission.

DF: What’s next for you?

DP: I’m working on my second novel which is also a domestic suspense story that takes place in New York.

If you’d like to know more about Daniela or her books, you can visit her website: http://www.danielapetrova.com/