I recently had an opportunity to talk with author Debra Sennefelder about writing her debut novel, The Uninvited Corpse, the first in The Food Blogger Series. Here’s a little bit about the book:

Leaving behind a failed career as a magazine editor and an embarrassing stint on a reality baking show, newly divorced lifestyle entrepreneur Hope Early thought things were finally on the upswing–until she comes face-to-face with a murderer . . . 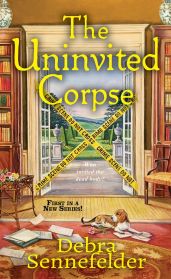 Hope’s schedule is already jam packed with recipe testing and shameless plugs for her food blog as she rushes off to attend a spring garden tour in the charming town of Jefferson, Connecticut. Unfortunately, it isn’t the perfectly arranged potted plants that grab her attention– it’s the bloody body of reviled real estate agent Peaches McCoy . . .
One of the tour guests committed murder, and all eyes are on Hope’s younger sister, Claire Dixon–who, at best, saw Peaches as a professional rival. And suspicions really heat up when another murder occurs the following night. Now, with two messy murders shaking Jefferson and all evidence pointing to Claire, Hope must set aside her burgeoning brand to prove her sister’s innocence. But the closer she gets to the truth, the closer she gets to a killer intent on making sure her life goes permanently out of style . . .

I enjoyed the heck out of this book. Where did you get the idea?
I was between manuscripts, at the time I was writing a romantic suspense series and I thought about trying to write a cozy again (I’d written one years ago) and thought it would be fun to make the amateur sleuth a food blogger, since I’d been one previously and culinary mysteries were hot. Then the story started to come together over a few weeks and I wrote the first three chapters and sent them off to my critique partner. She loved the pages so I continued.

Are your characters based on real people, or do they come from your imagination?

My characters are not based on real people, but I would say that some of the characters have personality traits or quirks from real people I’ve met.

Tell us about your writing process. Do you have a writing routine?

Writing is the top priority of any working day and once that’s done I’ll focus on other tasks such as writing blog posts, promotion or anything else that pops up such as copy edits for another book or page proofs to read for a manuscript just months from being published. Writing full-time sometimes means that I’m working on weekends and holidays. And when I’m writing a first draft I often work beyond the regular work week. I’m finding that each stage of the writing process is handled differently. First drafts are fast and furious and intense while second and third drafts are slower and take longer. I also have to schedule time to develop and test recipes for the books so it’s not unusual to find me baking in the afternoon and me saying “I’m working”.

What do you like to do when you’re not writing?
I love to cook and bake, of course! I also love to exercise (yes, really) and I enjoy a good shopping expedition. In the evenings I love to read and work on a cross-stitch project.

Thanks for stopping by, Debra! 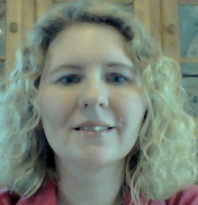